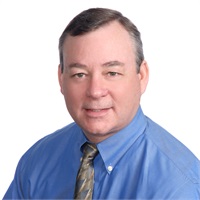 Timothy W. Morgan - Licensed insurance broker for the past Twenty-seven years specializing in Disability, Health, Life, Group Medical, Long Term Care & Property and Casualty. In 1991 Tim began his insurance career with Mutual of Omaha Companies in Portland, Oregon as a Sales Representative. As his insurance career progressed he held the position of Personal Producing Trainer and later as a District Sales Manager for Mutal of Omaha. In 1997 he left Mutual of Omaha to take a position with Key Bank of Oregon as the banking industry moved into the insurance and financial services. With KeyCorp, Tim held the position of Assistant Vice President - District Manager Oregon overseeing the insurance operation for Key Bank of Oregon 62 KeyCenter bank locations throughout Oregon & Vancouver, Washington. Tim currently holds a Health, Life, Property and Casualty license in Oregon, Washington, California and Nevada.
Awards and Accommodations included

Round Table membership is an exclusive honor that is achieved only by a small percentage of all life insurance and financial services advisors worldwide. MDRT is comprised of 32,981 qualifiers who reside in 74 nations and territories, representing about 480 companies.

Tim's hobbies include an extensive career in Aviation industry. He has received numerous aviation awards in the Helicopter industry including the 1987 "Crew of the Year" Award by the Helicopter Association International (HAI is an International Helicopter Trade Association for the advancement of rotorcraft) for saving noumours lives during the 1986 Northern California Flood. Tim has flown in several movies and television productions such as James Bond "View to A Kill", "Eye on LA", "Murder She Wrote", "Maxwell Smart the Movie", "Dark Man" to name a few, for the Screen Actors Guild and holds a FAA Commercial Instrument Helicopter rating and a Commercial Instrument Single & Multi Engine Airplane pilots license with over 4,300 hours of flight experience.